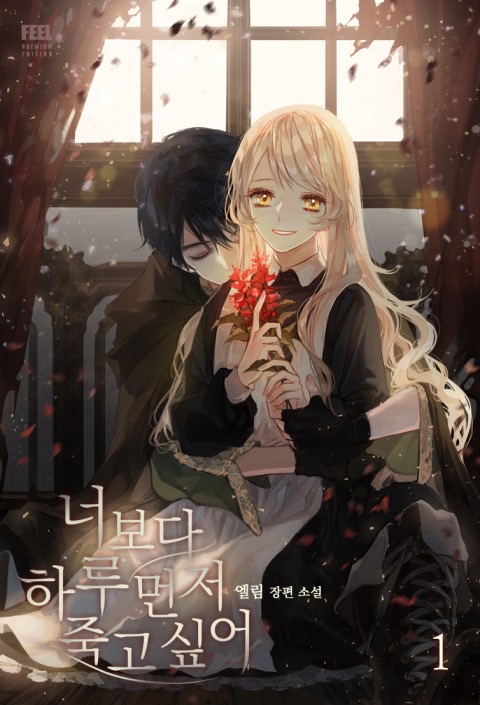 I Want to Die One Day Before You

I want to die one day before you.
Because I can’t live without you even one day.

Seeking wealth and fame, Rufus, the oldest son of the barony Inferna, proposes to Princess Sordid of Hevnia, rumored to be the most beautiful woman in the country. Insulted, the king sends Rufus to the battlefield to die.

During his darkest hour, a saint prophesied:

Three years have passed – the war is over.

Rufus, whom everyone have expected to die, survived and returns as a hero, carrying the head of the demon king.

The people believed he would marry the princess. However, the first person Rufus visited was an unexpected person.

The woman who believed in him when no one else did; she was none other than the princess’ maid: Sarubia.

“Why do you remember my name?”
“I did not remember, because I never forgot.”

For him, she was already a part of his life.