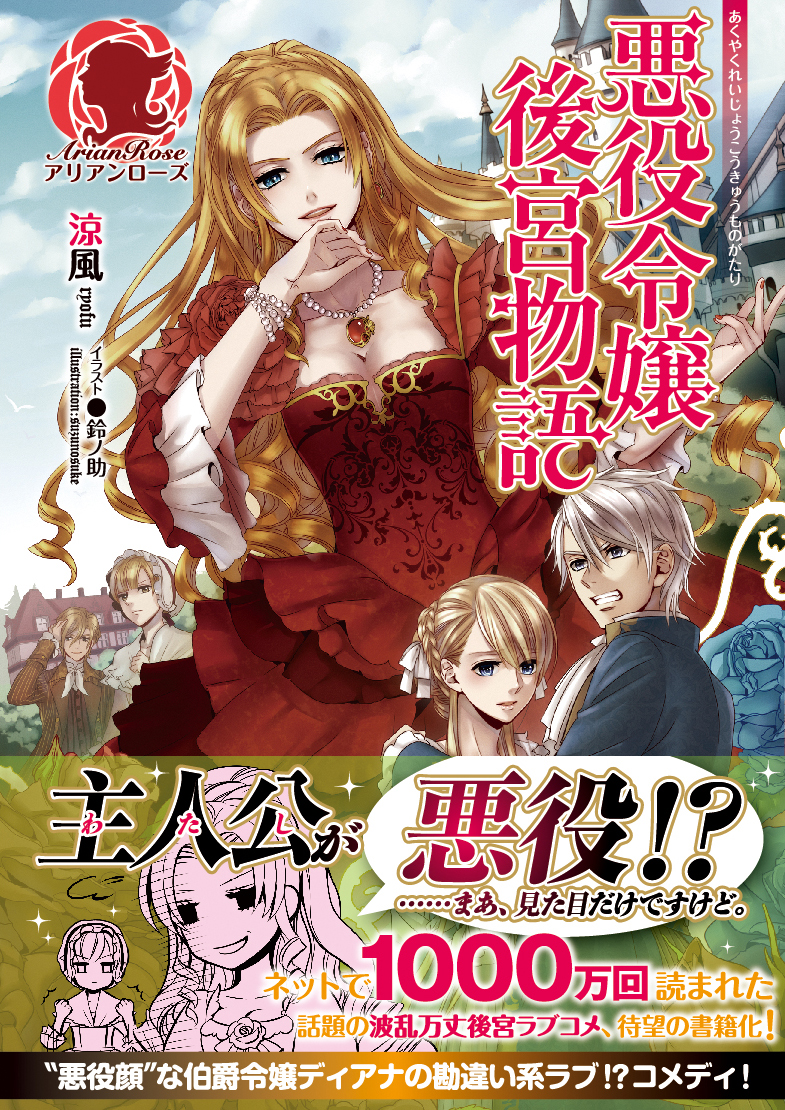 The Inner Palace Tale of a Villainess Noble Girl

In the Elgrand Kingdom, a certain earl’s daughter was well-known.

Captivating men and women of all ages with her beautiful looks, she did as she pleased. To those who defied her, she had no forgiveness, crushing them thoroughly, and she caused misfortune for multitudes of people simply for her amusement.

Beautiful and cruel, with sharp thorns, she was the “Rose of Ice”.

“Um, who is that story about?”

This is the story of an earl’s daughter, who will have everything she has to do explained the day after tomorrow, and who, after all, sorts of troubles, tries to somehow attain happiness in the battlefield of women called the inner palace.